The Fox on the Fairway 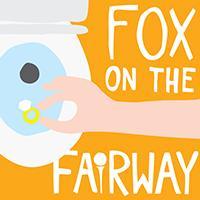 A tribute to the great English farces of the 1930s and 1940s, get ready for an hilarious romp which pulls the rug out from underneath the stuffy denizens of Quail Valley Country Club. They are holding their annual golf tournament and club manager, Mr. Bingham, is so confident that his club will win, he places a huge wager. Things go into the rough when Bingham’s best golfer decides to play for the rival club and a last minute replacement must be found. Unexpected comedy ensues as the tournament is threatened by bad weather, a lost engagement ring, a broken arm, and romantic mischief. Filled with mistaken identities, slamming doors, and over-the-top romantic shenanigans, it’s a furiously paced comedy that recalls the Marx Brothers’ classics. A charmingly madcap adventure about love, life, and man’s eternal love affair with… golf.