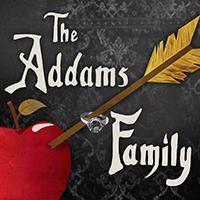 Director: Lori Gibson
Gomez and Morticia are worried about their daughter Wednesday…she’s showing signs of “normal” behavior and they can’t help but wonder where they’ve gone wrong.  The change in behavior is explained when they find out their little girl has done something unthinkable…she has fallen in love with a kind, smart, and handsome young man who comes from a respectable family from Ohio.  When the boyfriend, Lucas Beineke, and his parents are invited to join the Addams family for dinner, Wednesday asks her family to act as ordinary as possible and Lucas warns his parents to be open-minded.   As with most family gatherings, the evening includes a giant pet squid, a secret potion, and an uncle announcing he’s in love with the moon…you get the picture.  Join the creepy, kooky and always lovable Addams family as they deal with their own version of growing pains.