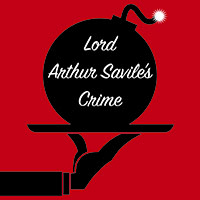 We will open the season with “Lord Arthur Savile’s Crime,” a play written by Constance Cox that is based on an 1890’s story by Oscar Wilde. The play is about Lord Arthur Savile’s who is engaged to lovely Sybil Merton. He has had his palm read by Podgers and has been told that he will commit a murder. Lord Arthur desires a blissful married life and therefore feels duty bound to get the murder over with first. Despite help from his butler and the cheerful anarchist Winkelkopf, attempt after attempt fails. Then news comes that Podgers is a charlatan: Lord Arthur is free, and the carriage awaits to take him to the wedding rehearsal. Alas, it contains a surprise from Winkelkopf, a bomb. Lord Arthur saves himself by tossing the bomb into a horse trough. As the dust settles, two policemen appear and march the unhappy young man away and the wedding is postponed again.

This delightful satire will keep you laughing as Lord Arthur deals with one obstacle after another as he tries to get on with his wedding.

Based on a story by Oscar Wilde, Lord Arthur Savile is engaged to the lovely Sybil Merton, but his chiromantist, Podgers, has read Lord Arthur’s palm and foretold he would commit a murder. Desiring a blissful married life, Arthur feels duty bound to get the murder over with first. Despite help from his butler and the bomb-making anarchist, Winkelkopf, attempt after attempt fails. As the dust settles, hilarity and love abound in this witty and sweet comedy.

The Dean of Paddington – Will Shaw