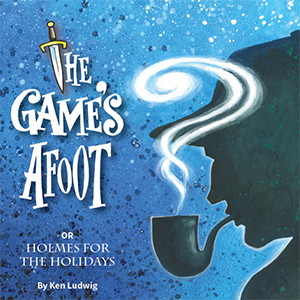 It is December 1936, and Broadway star William Gillette, admired the world over for his leading role in the play Sherlock Holmes, has invited his fellow cast members to his Connecticut castle for a weekend of revelry. But when one of the guests is stabbed to death, the festivities in this isolated house of tricks and mirrors quickly turn dangerous. 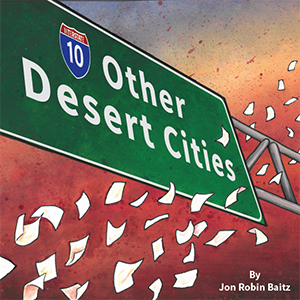 Brooke Wyeth returns home to Palm Springs after a six-year absence to celebrate Christmas with her parents, her brother, and her aunt. Brooke announces that she is about to publish a memoir dredging up a pivotal and tragic event in the family’s history—a wound they don’t want reopened. In effect, she draws a line in the sand and dares them all to cross it. 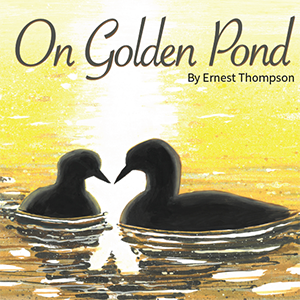 This is the love story of Ethel and Norman Thayer, who are returning to their summer home on Golden Pond for the forty-eighth year. He is a retired professor, nearing eighty, with heart palpitations and a failing memory—but still as tart-tongued, observant and eager for life as ever. Ethel, ten years younger, and the perfect foil for Norman, delights in all the small things that have enriched and continue to enrich their long life together. They are visited by their divorced, middle-aged daughter and her dentist fiancé, who then go off to Europe, leaving his teenage son behind for the summer. The boy quickly becomes the “grandchild” the elderly couple have longed for, and as Norman revels in taking his ward fishing and thrusting good books at him, he also learns some lessons about modern teenage awareness—and slang—in return. In the end, as the summer wanes, so does their brief idyll, and in the final, deeply moving moments of the play, Norman and Ethel are brought even closer together by the incidence of a mild heart attack. Time, they know, is now against them, but the years have been good and, perhaps, another summer on Golden Pond still awaits. 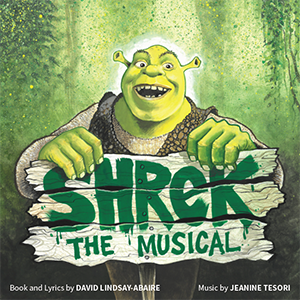 Is presented through special arrangement with Music Theatre International (MTI)
All authorized performance materials are also supplied by MTI.
www.MTIShows.com

Based on the Oscar-winning DreamWorks Animation film, Shrek The Musical is a Tony Award-winning fairy tale adventure, featuring all new songs from Jeanine Tesori (Thoroughly Modern Millie; Caroline, or Change) and a sidesplitting book by David Lindsay-Abaire. Shrek brings all the beloved characters you know from the film to life on stage and proves there’s more to the story than meets the ears.

“Once upon a time, there was a little ogre named Shrek….” And thus begins the tale of an unlikely hero who finds himself on a life-changing journey alongside a wisecracking Donkey and a feisty princess who resists her rescue. Throw in a short-tempered bad guy, a cookie with an attitude and over a dozen other fairy tale misfits, and you’ve got the kind of mess that calls for a real hero. Luckily, there’s one on hand… and his name is Shrek.
Shrek presents a treasure trove of creative opportunities, including costumes, sets, puppets (there is a fire-breathing dragon after all) and more! Irreverently fun for the whole family, Shrek proves that beauty is truly in the eye of the ogre.