CAMEO/ENSEMBLE ROLES for Annie Get Your Gun

The following roles have a good deal of stage time in some cases, but may not have a lot of lines. Some roles may double as Ensemble members. Some may just be cast as their specific role based on what the script calls for. Looking for versatile actors who will take a role and run with it. All performers cast in these roles have to sing, but do not have to be strong singers.

Foster Wilson: Male actor (50-60). Strong actor, fair singer, mover. LARGE cameo role that opens the show. He is a hotelier that discovers Annie and arranges the 1st shooting match with Frank Butler. Looking for a fun loving, jovial actor with great comedic timing and someone that is warm, cheerful. At first, he is protective of his business and doesn’t quite know what to make of Annie and her siblings, but he takes a shining to them and without him, she wouldn’t be able to have the success ahead of her. This actor will also be a member of the ensemble, most likely towards the end of Act 1 definitely in Act 2.

Mac, the Prop Man: Male actor, age open. Must be loud and bossy, but also have a gentle side. Mac loves “show business”. This role MAY serve as “ensemble” member in some other scenes, while still playing “Mac”.

Running Deer: Male actor, age open. Performer in Buffalo Bill’s show. Strong actor, does not sing in THIS role. Must have good comedic timing and make the part your own. Will also be in the ensemble for other scenes when possible.

Eagle Feather: Male actor, age open. Performer in Buffalo Bill’s show. Strong actor, does not sing in THIS role. Must have good comedic timing and make the part your own. Will also be in the ensemble for other scenes when possible.

Mrs. Sylvia Potter-Porter: Female actor. (45-60) Married New York socialite. Strong actor, fair singer, must be able to do some dancing. Snobby, eccentric and eager to rub elbows with celebrities. Looking for a great character actor who can take this part and run with it.

Mrs. Schuyler Adams: Female actor. (50+) Married New York socialite. Strong actor, fair singer, must be able to do some dancing. She married into her “status” and is trying to fit in. She is VERY taken by Annie Oakley especially. Looking for a great character actor who can take this part and make it her own.

Ensemble Men and Women: Porter, Waiter, Cowboys, Indians, Young Men and Ladies, Kings and Queens of Europe, Debutantes, Socialites, etc. Looking to cast an ensemble of about 12-14 men and women of all ages and ethnicities. All ensemble members must be fair singers. Some members must be strong singers and dancers to be featured throughout. Cameo roles may also be filled from this ensemble. So, looking for versatile performers who can do a little bit of everything including performers who can tumble, juggle, or may have some special skills like baton twirling, rope spinning, etc.

Youth Ensemble: Looking to cast a Youth Ensemble of about 8 actors ages 11-16 of all experience levels and ethnicities to portray a variety of roles. ALL must be able to sing. Stronger singers and dancers will be utilized for featured parts throughout. The Youth Ensemble in this production is also a part of a NEW concept that the Director has for this show and they are VERY important to the overall production and will have a lot of stage time. Also looking for versatile performers who can tumble, juggle, or may have some special skills like baton twirling, rope spinning, etc.

Rehearsals will be Monday, Wednesday, and Thursday from 7PM-10PM and some Sundays (Time TBA). Most cast members will NOT be needed for all rehearsals each week. You will be permitted to list your conflicts and in some cases, conflicts may be worked around. *Please Note that the Youth Ensemble will never be called past 9PM on weeknight rehearsals until production week. Rehearsals will begin on Wednesday, March 6th. If you have any specific questions, please feel free to contact Director, Landon Shaw at This e-mail address is being protected from spambots. You need JavaScript enabled to view it .

Annie Get Your Gun 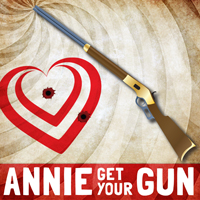 When feisty tomboy Annie Oakley enters Buffalo Bill’s Wild West Show sharpshooting contest, she aims to win it and the affection of her competition, Frank Butler. Winning the contest and joining the show was easy. Getting Frank to see her as a woman he could marry could mean giving up her holster and gun for satin and lace. Irving Berlin’s memorable songs, including “There’s No Business Like Show Business” and “Anything You Can Do,” have made this fun musical a perennial audience favorite.

Lilies of the Field 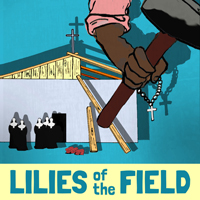 Adapted to the stage by F. Andrew Leslie
From the novel by William E. Barrett

Roaming the Southwest after his stint in the Army, the nomadic Homer Smith happens upon a group of German-speaking nuns working in dusty fields and offers a day’s work to fix a leaky roof. That evening, while waiting for his pay, he is drawn into their world and stays longer—helps them with their English, buys food and even begins building their chapel. But the struggle of building without resources is weighed against Homer’s desire to be on his own, and he must decide if he wants to be a free man or a legend. An uplifting story about how sacrifice can bring great rewards.

HOMER SMITH. A black man in his mid-twenties from the deep South, recently discharged from the army.  He’s tall, sturdy, with an air of quiet capability.  Homer is a free-spirited man of many skills.  Congenial, generous, strong-minded, he’s given to keeping his own counsel.

NOTE:  The five nuns are all from East Germany where they served as teachers. Now they are trying to scratch a living from a run-down farm in a remote valley of the American Southwest.  They have learned Spanish, but only the Mother Superior has much English at all, and even hers is heavily accented.

MOTHER MARIA MARTHE.  The Mother Superior, a small but vital woman of indeterminate age and boundless faith.  She is utterly devoid of frivolity, but mingled with the apparent sternness which guides her actions is a sense of underlying warmth and humility.  To Homer she is immediately recognizable as “the sergeant”, the boss. It is her vision of building a chapel—and then a school—which drives the play.

SISTERS ELIZABETH, GERTRUD, AGNES and ALBERTINE.
They are considerably younger than Mother Maria Marthe.  (Homer refers to them as “girls”.)  Ages could range from eighteen to thirties.  They are innocent, faithful, and basically happy, though their lives are ones of hard work and little food.  These are small roles, with few spoken lines (mostly in Act I)—but all the nuns must be singers.  There will be opportunity to sing a Gregorian chant (in Latin), a Baptist hymn, a German hymn and a Mexican folk song.

FATHER GOMEZ.  The Catholic priest in Piedras—“a very small place, to be sure.”  He’s a young Mexican-American whose English is fluent though touched with a Mexican accent.  This is a large role, since Fr. Gomez serves as narrator.

JOSÉ GONZALES.  “A small, thin man with sad brown eyes” who runs the little café in Piedras.  Middle-aged.  He’s a friend to all and a great source of the town’s history—since all stories pass over his counter.

ORVILLE LIVINGSTON.   A building contractor in North Fork, some miles from Piedras.  He’s “a short, firm-jawed, brisk man of middle age, very sure of himself and much impressed with his worldly success.”  He’s a hard-nosed, but fair businessman—and not without generosity. 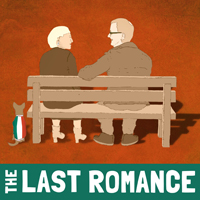 Passion—and its complications—can happen at any age. Widower and once aspiring former opera singer, Ralph, strays from his daily routine and meets elegant dog-lover, Carol. With renewed vigor, he attempts to woo her, disregarding the protests of his lonely live-in sister, Rose. When Carol offers him a dream trip to the opera in Italy with her, how will he balance his loves (both old and new) and his strong beliefs about family obligations? A sweet story that proves our hearts never stop singing. 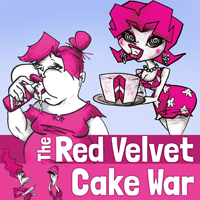 The team that cooked up “Dearly Beloved,” “Dearly Departed” and “Southern Hospitality” stirs up another pot of Southern charm—and chaos—when the Verdeen cousins set to havin’ a family reunion. Take a heapin’ helpin’ of colorful Texas personalities, a brush with a tornado and a high-stakes red velvet cake competition and bake it all up in one of the hottest days in July and you get one satisfyin’ comedy.